The ex-Hilton has always been a landmark in the capital city of Nicosia ever since it was built, in the late 60s. The original hotel, with its new branding, is being upgraded. In addition to this, two new building volumes are going up. One residential and one in the form of offices. In this manner the premises take on a new role, with an extended range of facilities and functions enriching the environment and increasing its inhabitation and use. These new elements are set perpendicular to the existing hotel volume, creating a more defined public space between them. Canopies reaching out from each volume engage with the resulting square in differing manners. The office is in the form of a floating, sheltered strip while, the residential canopy embraces the visitor, engaging with the ground plane, creating a strong definition of space. The hotel’s canopy is something of an arcade, under which it offers further engagement in the form of a shop front. The architectural language of both tower designs is similar. Glass volumes are broken down into smaller, vertical elements. Three in the case of the offices, six for the residential design. The residential version is, quite logically slightly more restrained, with deeper incursions on its surface and, as a result, less exposed. Patterns within the grid of composition make references to the neighbouring hotel. The office facilities, however, have more of a thin crust to them and a more adventurous composition, even if their façade is of a more sealed nature. These are, after all, standard definitions of architectural types. No surprise there. Both enjoy a high level of transparency which, in turn, provides a high level of legibility of elements and layers. The city, in this instance at least, is no longer covering up its mechanisms. It is making life more visible. What was a somewhat exclusive landscape is now rendered habitable and lively, from the square within which it resides, upwards. 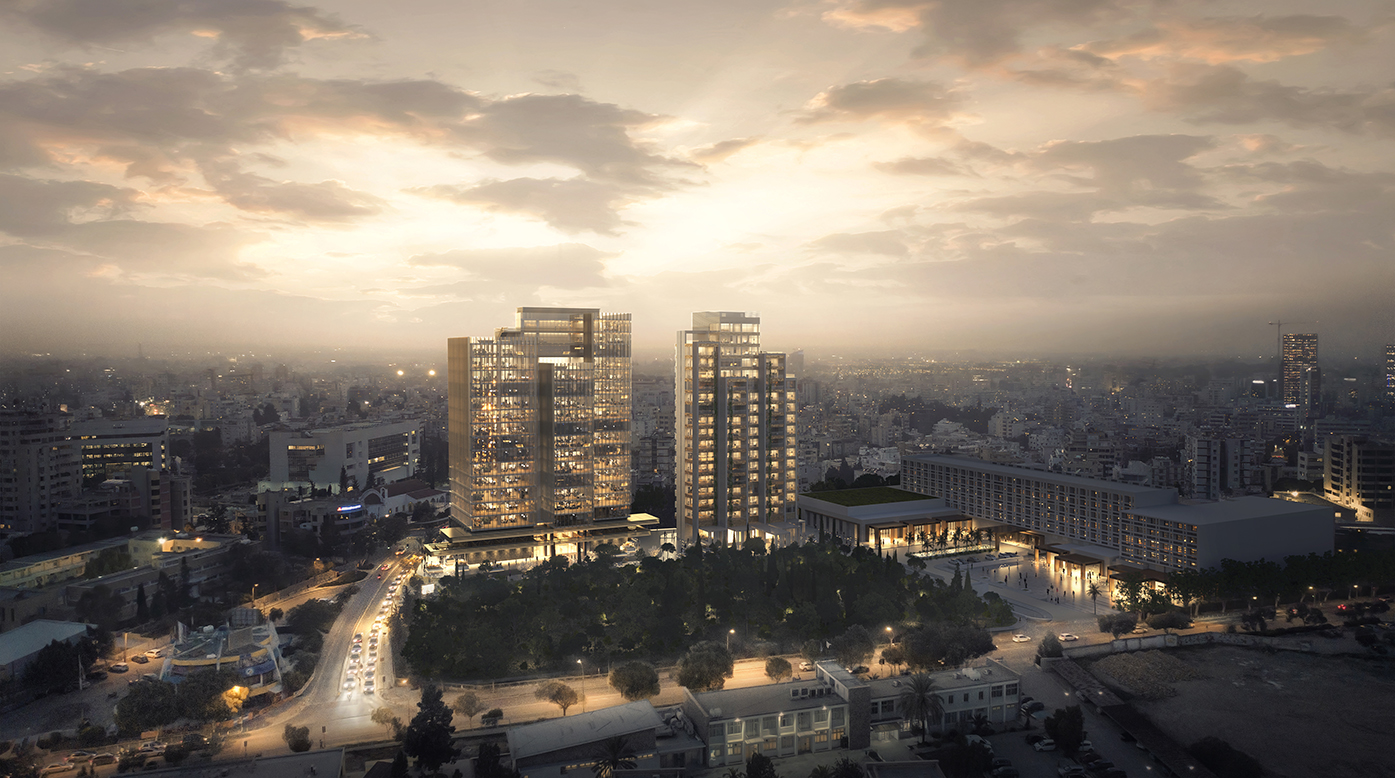 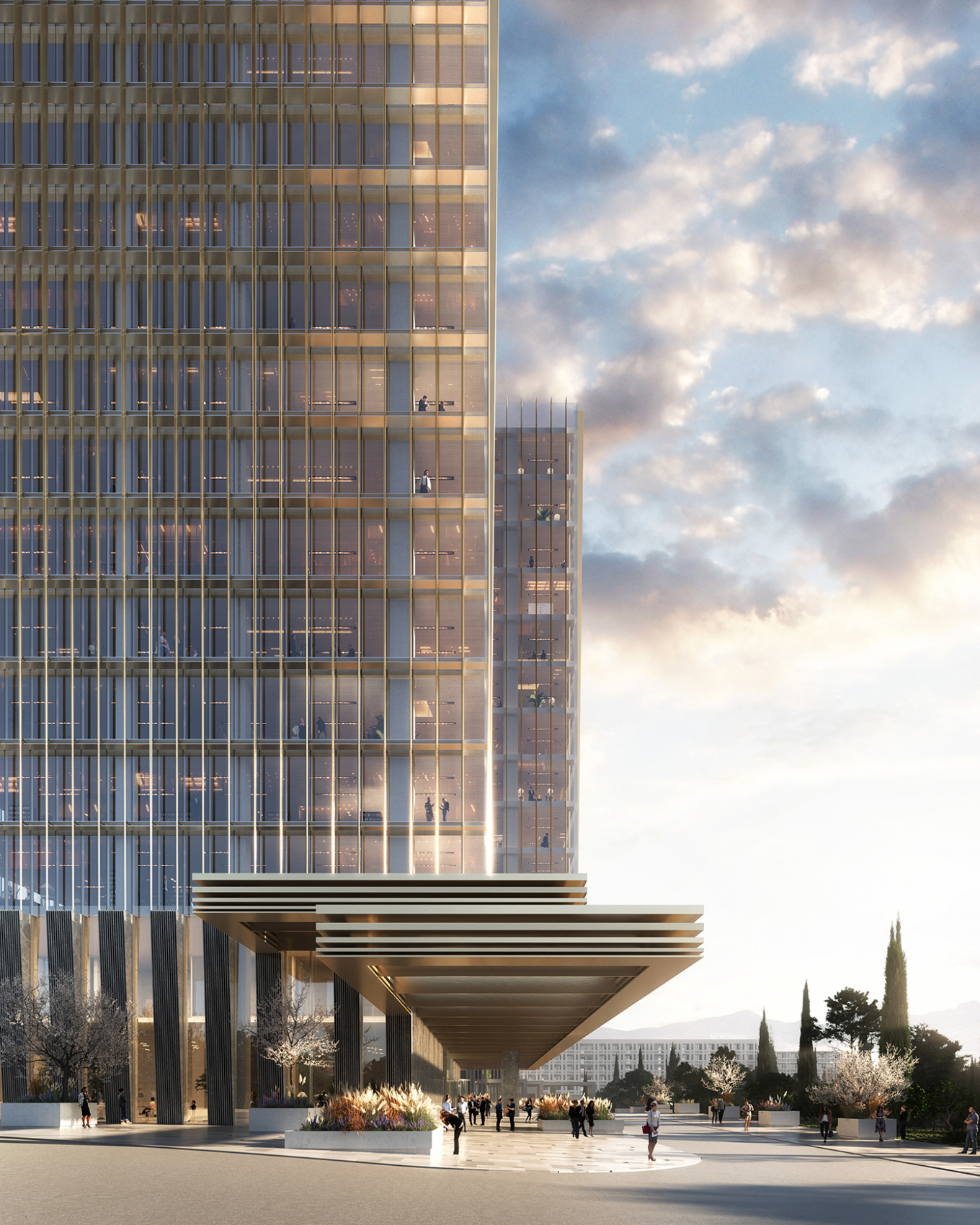 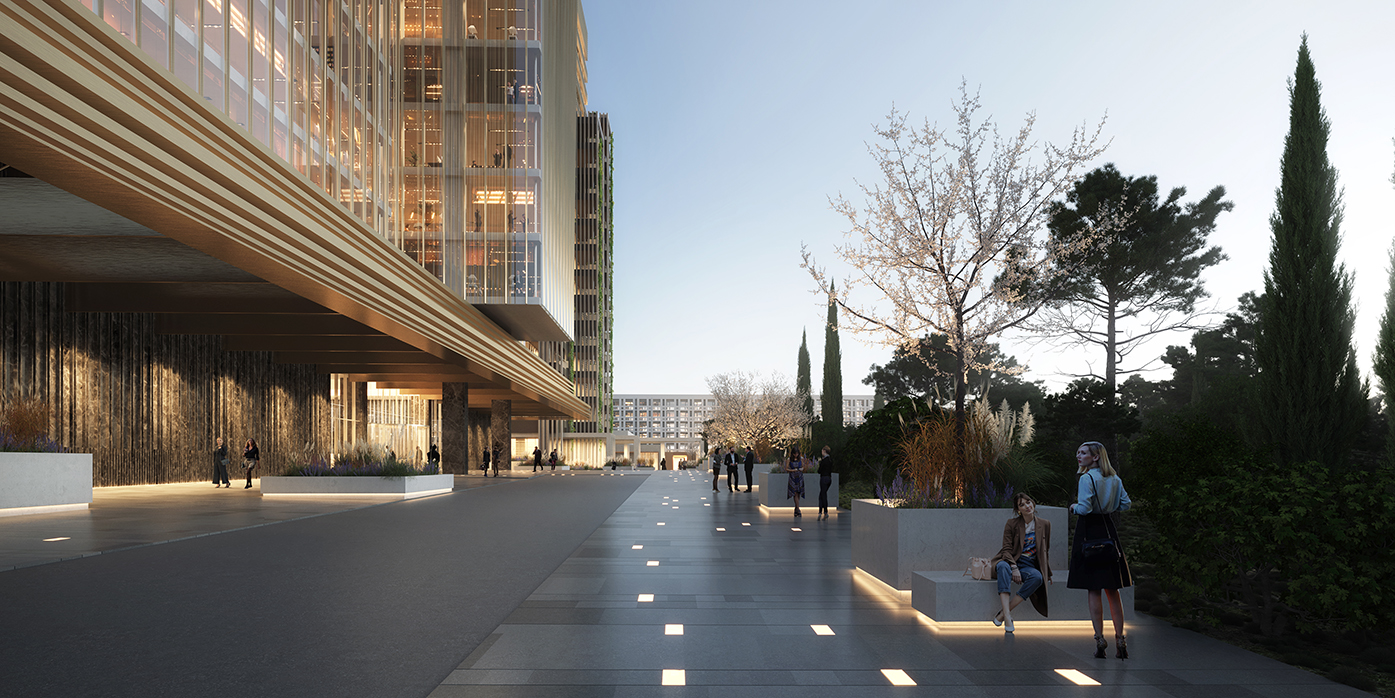 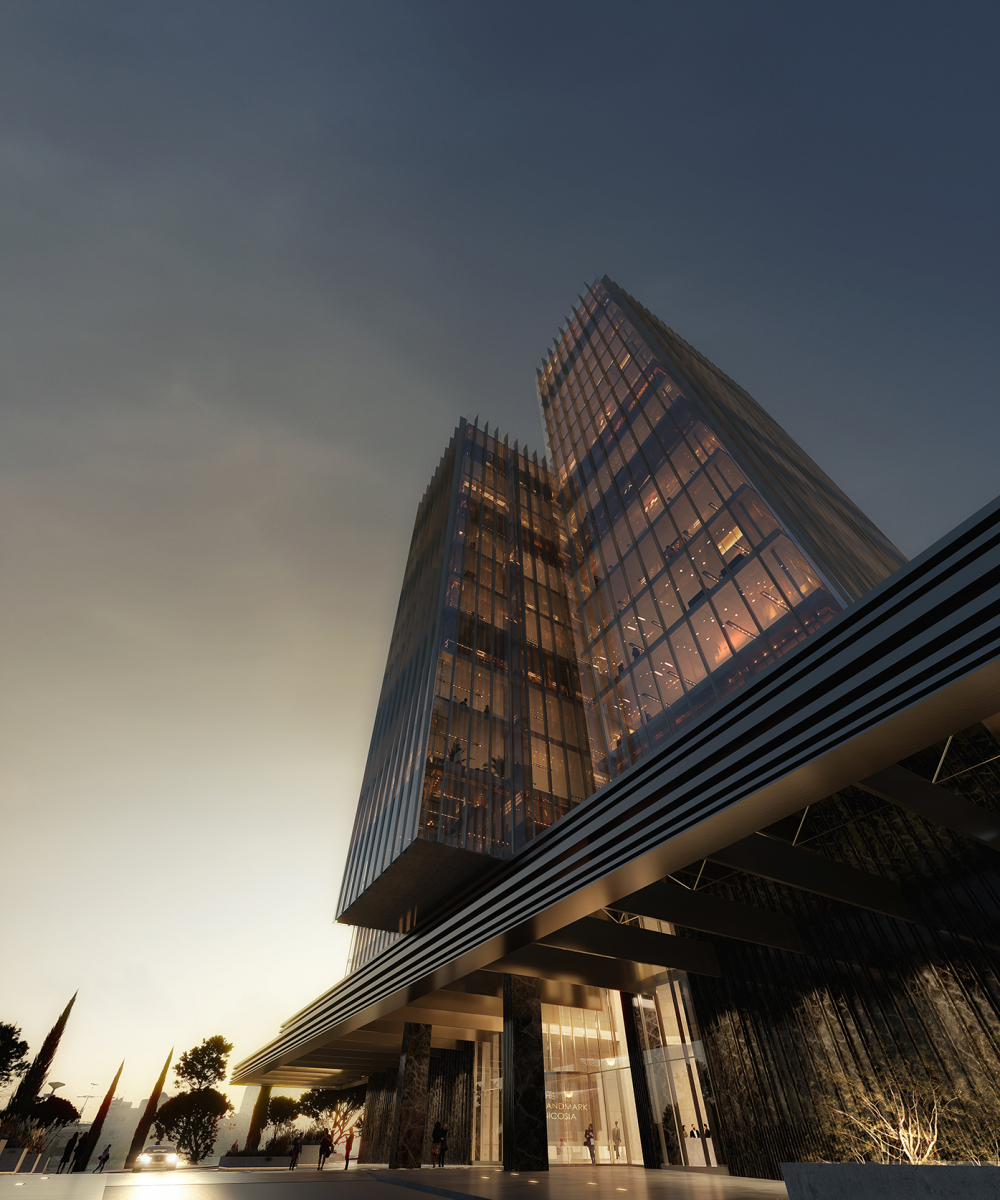 The premises take on a new role, with an extended range of facilities and functions enriching the environment and increasing its inhabitation and use. 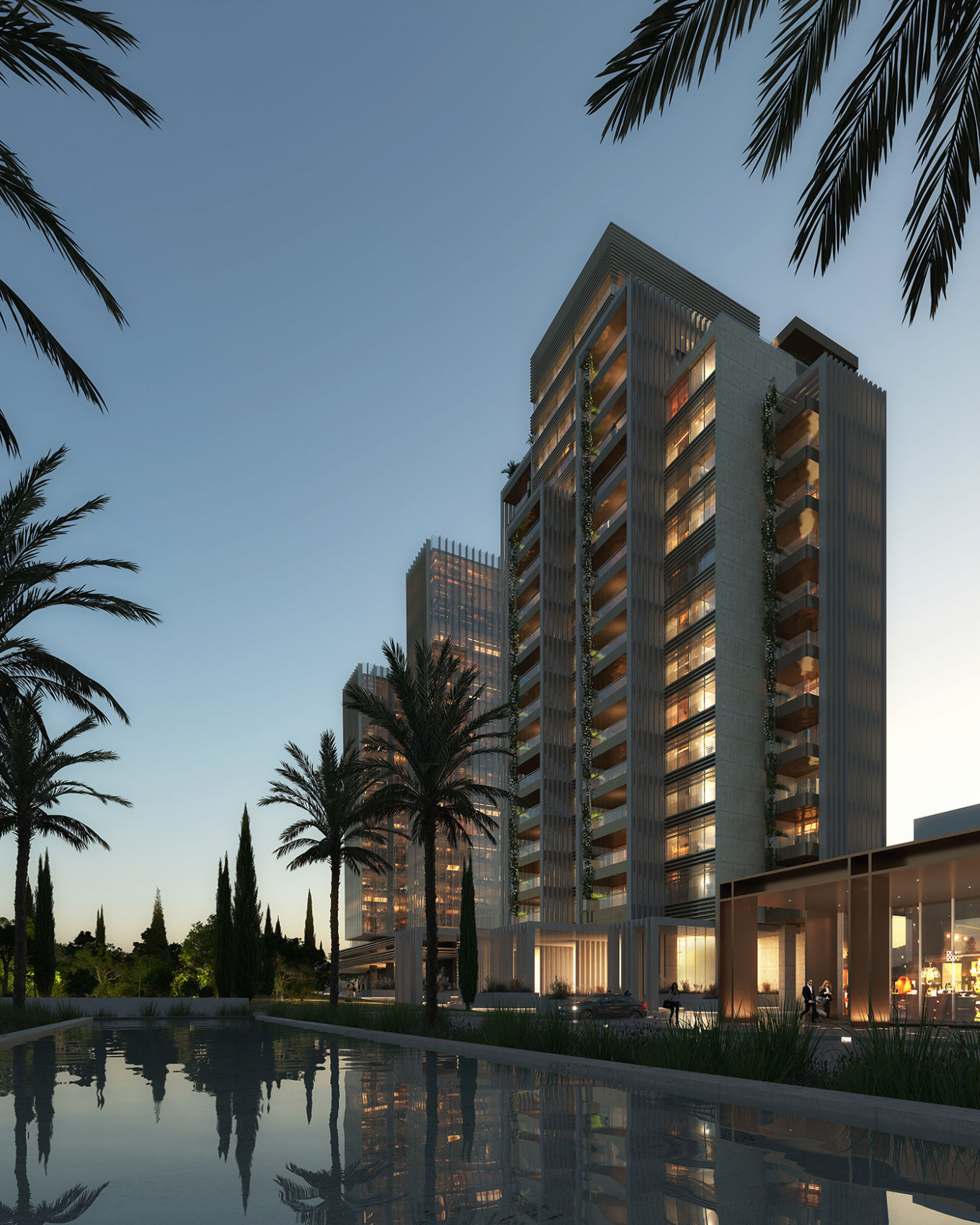 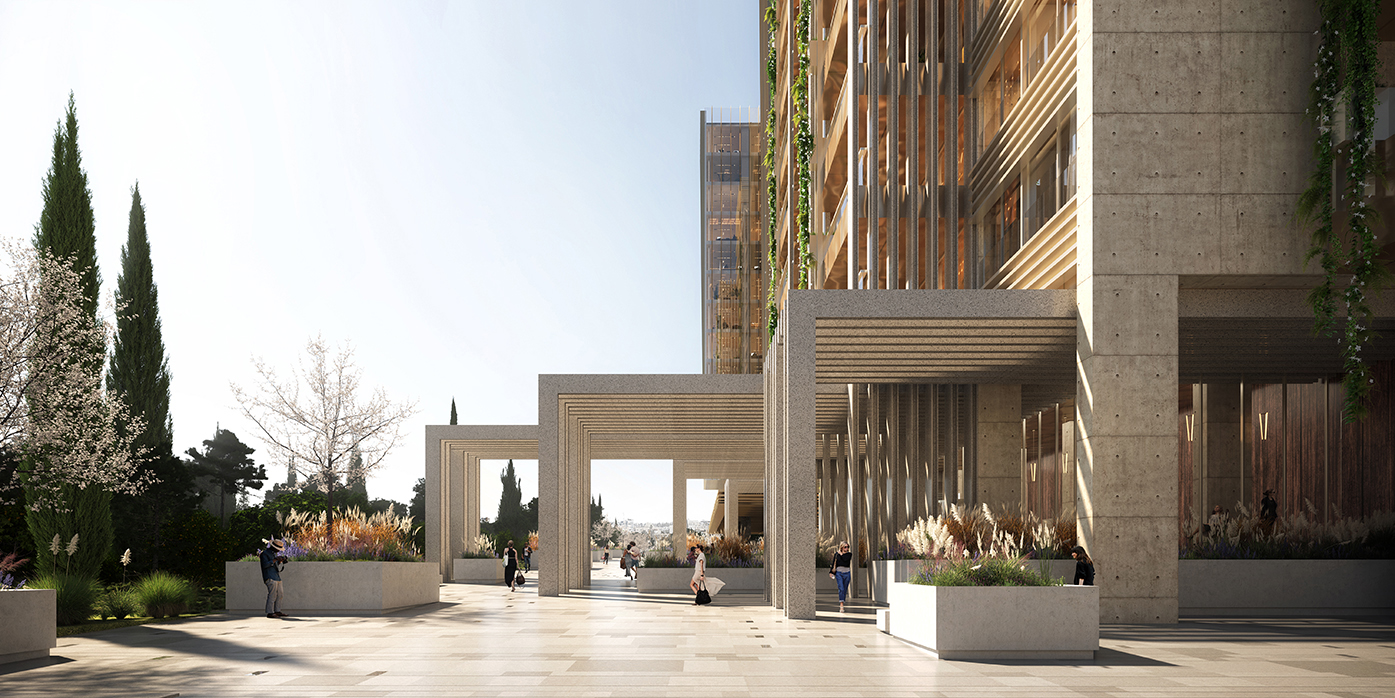