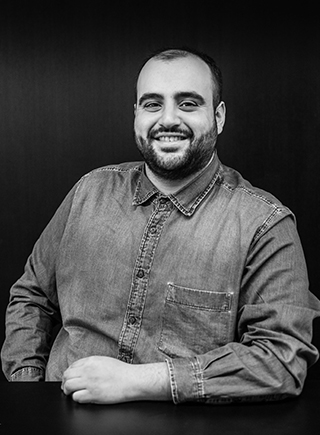 Giorgos Charalambous studied Architecture at the University of Cyprus and graduated with a BSc in Architecture in 2014 and with the Diploma of Architect Engineer in 2015.

Based on his diploma thesis, he conducted a paper, which was presented and published in the 5th International Conference on Renewable Energy Sources in Cyprus. After graduating, he collaborated locally on masterplanning and residential projects while later he worked in the Netherlands for six months, on high-end projects and competitions.

From 2015 to 2016, he participated in competitions as an individual. In 2016, Giorgos joined Eraclis Papachristou Architects, and has been involved in various projects including residential, cultural and commercial buildings.